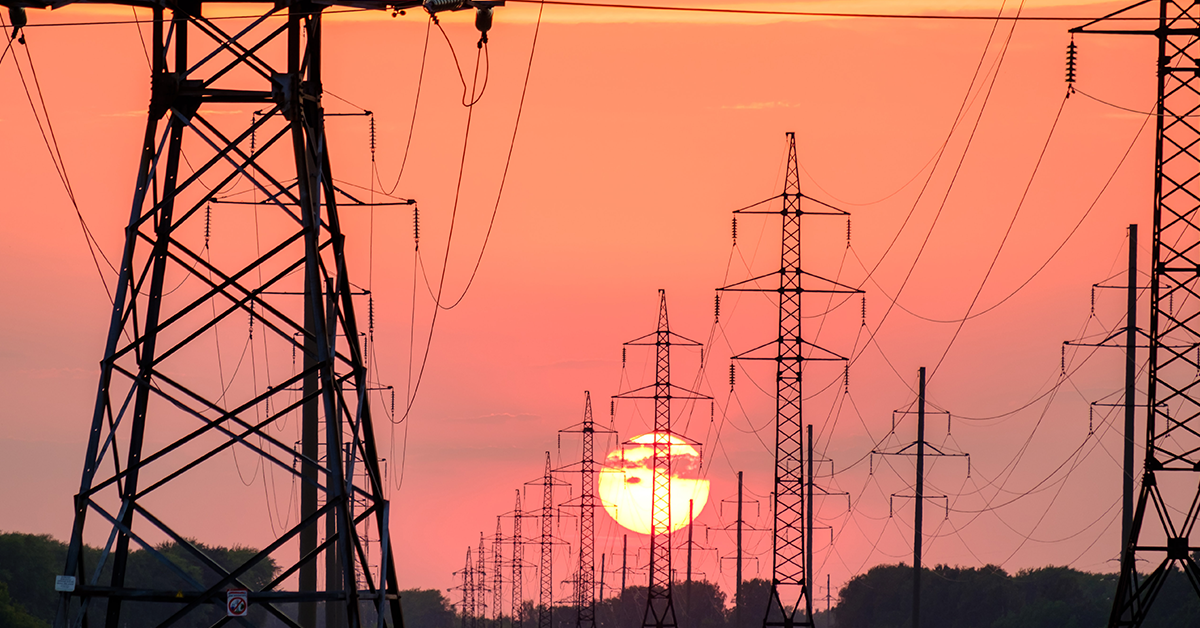 Posted by Dalkia Aegis on Dec 20

Flipping on a light switch takes less than a second—but have you ever thought about what it took for that energy to make its way to you? Electricity is something many of us take for granted, but when that energy is created by a traditional central power plant and sent over a network, some of that power is lost before it can reach its destination. In this blog, we will uncover the facts behind the energy loss that occurs when power plants transmit and distribute electricity, and why an onsite combined heat and power (CHP) system is more energy efficient.

There are many different types of power plants—from natural gas, to coal, nuclear or petroleum—yet each work in similar ways and are susceptible to energy losses during transmission and distribution of its power. Simply put, these facilities transform materials through burning or nuclear fission to release heat, which boils water to create steam that spins a turbine to generate electricity. Only two-thirds of the energy held by the crude materials end up on the grid as electricity.

When this electricity is created, it is sent over high-voltage transmission lines that can span for miles on end. Electricity losses during this process scale alongside the current of the wire, and when electricity is lost, it turns into heat that is discharged into the air. Eventually, electricity makes it to its intended target through lower-voltage power lines and transformers so that it is safe for the consumer to use. According to the United States Energy Information Administration, about 5% of the electricity transmitted and distributed in the country between 2015 and 2019 was lost during this process.

How Can CHP Help?

Since CHP is installed on-site, the electricity it generates does not have to travel over long distances, meaning transmission and distribution loss is almost entirely avoided. Compared to traditional central power plants, a CHP system is a much more energy-efficient way to produce electricity and heat. According to the U.S. Environmental Protection Agency, a fossil-fuel power plant in the U.S. is about 33% efficient on average, with the rest of the energy used for electricity production being wasted as discharged heat into the atmosphere. Our CHP systems provide an operational efficiency of 85% and uses nearly all natural gas to produce heat and electricity. CHP systems reclaim heat from off its engine to produce hot water for a facility.

When it comes to sustainability, CHP systems are much more environmentally-friendly than traditional fossil fuel power plants. CHP requires far less fuel to produce the same amount of energy and reuses residual heat from its engine, leading to a decrease in greenhouse gas emissions. Additionally, CHP systems help to lower energy costs for facilities while reducing dependence on a local power grid.

If you have questions about our CHP systems, or even about how CHP is more energy efficient than a traditional central power plant, please reach out to our team. From concept, to installation, monitoring and maintenance, we are here to help your facility save money by creating energy onsite. We can help you take advantage of state and federal grant incentives for a CHP system, or even help you implement one without requiring any capital investments through our Shared Savings Program.